Part of what makes exploring abandoned railway tunnels so interesting is that although each experience has similar elements, no two adventures are the same. It could be said that the Neidpath Tunnel, which lies to the west of Peebles is perhaps lacking in the wealth of features you’d find in a tunnel like Union Street in Greenock or the interesting stories with regards to it’s construction such as Sandsend Tunnel on the Yorkshire coast but if you venture underneath the Borders, you’ll be treated to a tunnel which more than makes up for that by providing a slightly drippy but altogether worthwhile experience. There’s even some intrigue with regards to the mystery chamber that’s located at the 200 yard mark…

What surprised me the most about the Neidpath Tunnel is that despite literally lying at the back of a park on the edge of Peebles, the tunnel is not full of the usual graffiti you’d normally come across in a place like this. The whole thing is surprisingly clean, bar one small section which I’ll come back to further into the article. I once met a local lad who was fishing from the banks of River Tweed, which the railway line crosses immediately west of the tunnel and he said that most of the locals and himself never use the tunnel, instead preferring to take the woodland paths over the hills. Clearly the idea of walking into the dark unknown isn’t what most people would consider an enjoyable experience. With that said, it’s a fairly benign tunnel, as far as tunnels go. 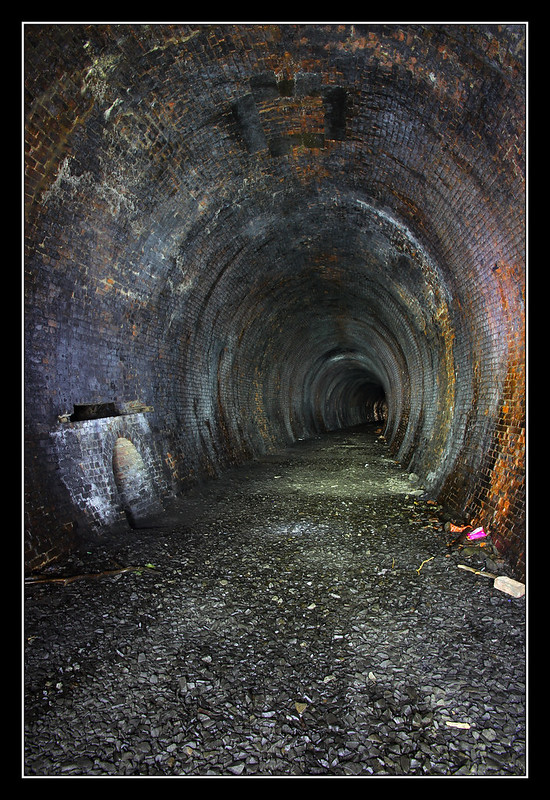 The tunnel’s most striking feature is the shape of the bore. Instead of the more conventional arch and straight side walls that most tunnels adopt, the surrounding geology of South Park Hill determined that the Neidpath Tunnel takes on this glorious horseshoe profile. Interestingly, the tunnel has no refuges and the only point that would provide shelter from an approaching train lies within a small chamber which you can see the entrance to in the photo above. 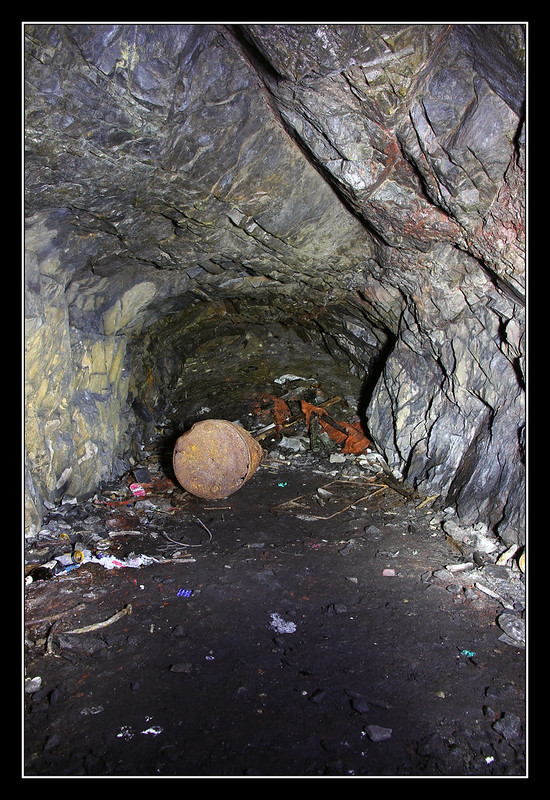 I recently discovered that the chamber was most likely part of a shaft/adit system, which would have allowed spoil to be removed from the tunnel during construction with relative ease. The 200 yard mark (near to the eastern curve) is significant because it’s the point in which the tunnel lies closest to the River Tweed, making it the perfect place to sink a construction shaft, complemented by the side gallery. Today, the side gallery has been blocked off and the shaft sealed but a small part of the gallery remains, which was presumably used as a worker’s bothy during times of maintenance after the tunnel opened to rail traffic.

In modern times, the gallery has hosted something slightly more sultry. If you have a look inside the chamber now, you’ll be treated to the sight of used condoms and tea light candles, which makes this the tunnel of love. I can’t imagine this would be the most comfortable place to have sex. I have to crouch when I’m in here and the rocks that line the chamber are rather sharp. If you’re desperate to get your hole within a hole then perhaps the tunnel of lust is might be considered a more appropriate title? 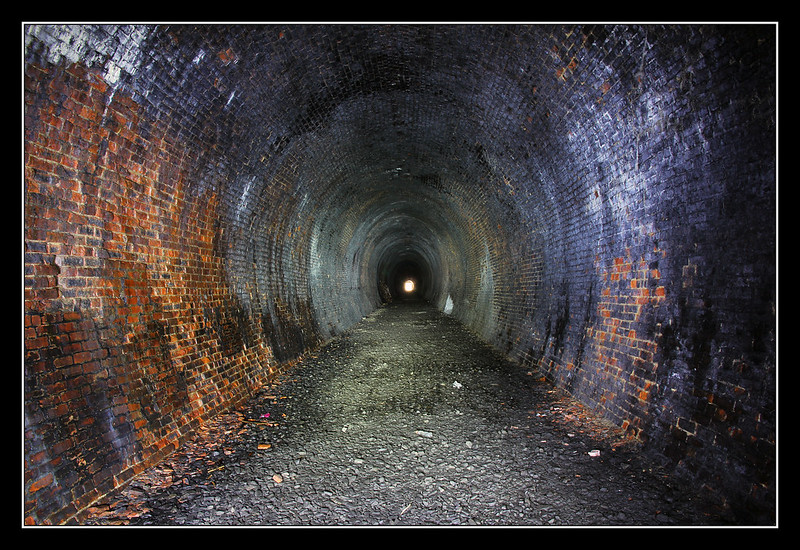 Since the tunnel lies so close to a population centre and plenty of public footpaths, a lot of people will accidentally stumble upon the somewhat imposing portals and be treated to a view which will consist of darkness. The tunnel is only 600 yards long but thanks to a tight, 150 yard curve at the eastern end, very little light makes it into the centre. On more than one occasion, I’ve been inside witnessing people looking in and deciding whether or not they want to chance it. Both times, said group departed and made for the forest trails. Either that or they caught a glimpse of us waving torches around in a seizure inducing manner (taking photographs, I assure you) and decided to avoid us. 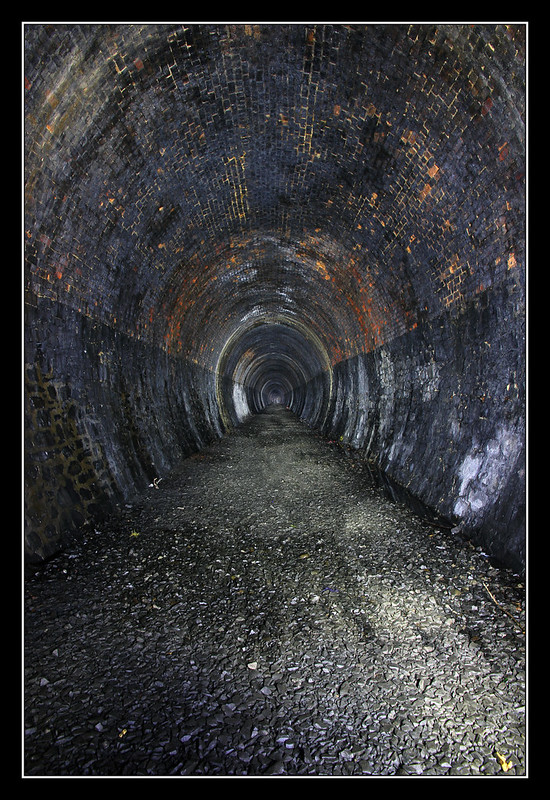 Photographing the Neidpath Tunnel is quite tricky, the narrow bore and tight curve block off almost any light that dares to enter the tunnel. I know a few people have commented on the fact that this one really does gobble up whatever light you introduce when light painting the tunnel. My torch of choice normally brings out plenty of foreground detail but I normally find I get little in the way of depth. As such, the photo above demonstrates a different light painting technique to my normal method. In this case, I did my initial light paint (the one where I dance around, looking like an idiot in an attempt to fill the foreground with as much light as possible), then I go for a walk, swinging the torch as I go. The result being that you can see right the way through the bore and partially around the curve. This kind of photo hopefully provides a better feel for how long the tunnel actually is.

As I mentioned earlier, there are no great stories linked with the Neidpath Tunnel, it opened in 1864 and the railway closed 90 years after that. The tunnel’s greatest claim to fame is that during World War II, the tunnel provided a refuge for the Royal Train. However, I’m not too sure if that’s the case as you need to consider that the railway was only single track and any train hiding within it’s gloomy portals would effectively block the line. However, the Neidpath Tunnel is an excellent piece of engineering and ranks amongst the best when it comes to Scotland’s abandoned railway infrastructure.